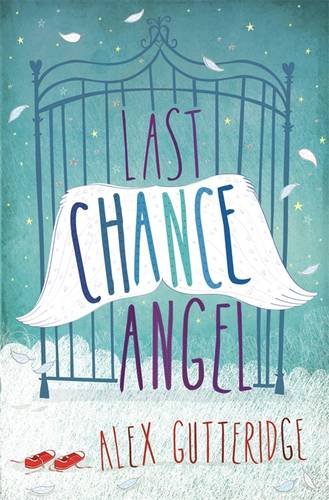 When Jess is knocked off her bike in a traffic accident, she finds herself at the gates of heaven before her destined death date.

Given one last chance to say goodbye, she heads back to earth to visit friends and family in invisible form. But many secrets are revealed, and one shocking discovery presents Jess with the biggest choice she’ll ever have to make.

Jess’ story was told in a teenage light yet the theme that permeated the story wasn’t at all that light. At 14 years of age, she had to face her own incoming death, and while she was granted a chance to revisit her closed ones she could only do so without them knowing.

Witnessing her family’s sadness, especially the part where her grandmother was involved was really poignant and touching.

You may expect a heavy read but it’s not. The author tried to convey the meaning of life and death through a young facade that was sweet and easy to follow, from a point of view of a teenager who still feels very much alive.

The author used plenty of analogy, fun to read and fits in the story well.

Relief dissolving faster than an ice cube held under the hot tap.

Time seemed to be speeding up and my life was running out faster than a split bag of sugar.

I always liked description, this particular one caught my attention when the author described Darren the angel of death laughing.

He laughed. It was like a thousand wind chimes tinkling into the distance.

What I discovered while reading young adult novel was — take it lightheartedly. There was no need to weigh in adult opinion on how youngsters should behave. They acted just like their age.

Teen problems will always be present in the process of growing up. Yet the lesson learned, growing mature and getting up from falling was what mattered, because who else has never been young before?

Scratch on my wall! Cancel reply